I'm No Puppet On A String, In A Show Won't Be Part Of The Masquerade...Good For The Ego-New Single Out Now Worldwide 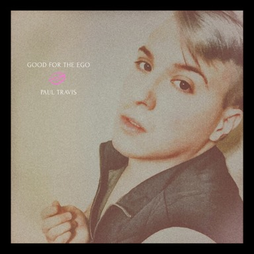 Ready To Find And Unleash The Beautiful, Powerful, Born Tigress Inside You?

Review(s)
How To Unleash Your Inner "Tigress" With Paul Travis

This year Paul Travis is coming into his own, and instead of showing that through another wildly popular book of poetry, he’s branched out onto a different creative sphere with the release of his first full-length album, “Tigress.”

In the same vein as his EPs “Confession of Daddy Issues,” and “Leave the Red Carpet to Me” the solo album is an EDM masterpiece of banging beats, and extremely personal lyrics that will resonate with anyone who has ever struggled with their identity.

The title track in particular is an anthem for anyone who ever felt put down, with it’s most powerful lyric being “There’s no way to tame me.” Paul smoothly sings this lyric behind an electric bass that makes the words all the more powerful.

The rest of this album is filled with a depth and power that is all too real for a budding young musician like Paul Travis.

“The album is about me finding my own personal power and strength as I began to conquer what I always wanted to do with my life.” said the 24 year old, who has had to deal with coming out as gay man in the small town he lives in, while also proclaiming himself as an artist for the world to see.
​
“I really feel what I brought to life can help a lot of people dealing with struggles within themselves, life and people around them. We all have a Tigress inside, it’s just about finding the fierceness and unleashing it.” Which he does beautifully with songs like “Darling”, “Keep These Lips Sealed,” “Here the Demons Waltz,”and “Unapologetic.”

The whole album, in fact, deals with the topic of coming to terms with yourself no matter what others say or do to stop you.
​
Even through the difficulties of love, lust, broken hearts and tough relationships, which he crones about in songs like “Pretty Killer,” “Hunter,” “Hypnotizing Love” and “Everlasting” he shows how far he has come to release his inner Tigress, and that you, no matter who you are, can release your inner Tigress too.

Paul Travis’ “Tigress” is available to download online. Check out his website for more information on how and where you can get his music from. Also follow him on Facebook, Twitter, and his blog here @paultravis to get up to the date info on every one of the projects Paul is working on at the moment.